In the Western part of Püssi town, on the left riverside of River Purtse there is a hill that consists of oil shale ashes transported there by vagonettes from local electric plant. The electric plant which is powered by oil shale started its work in 1937. The first transport for ashes was horsecart and from that time there is a plateau about 10 m high on River Purtse riverside. Although usually we talk about one Püssi ash hill there is one smaller hill on the Southern part of hill. This was used during renovation works on bigger hill and also when snowstorms took over the railway during wintertime. So – when in Estonia most of artificial hill-like shapes in nature are called ash hills there is actually only two of them. Other oil shale waste hills should actually be called plateaus. The height of Püssi ash hill is not documented. Some of the large scale maps make the picture a little clearer. In autumn of 2004 it has documented that it is 61 m. The smaller hill is marked as 32 m high. And also there is a horizontal under the hill so we can say the absolute of the hill is 101 m. 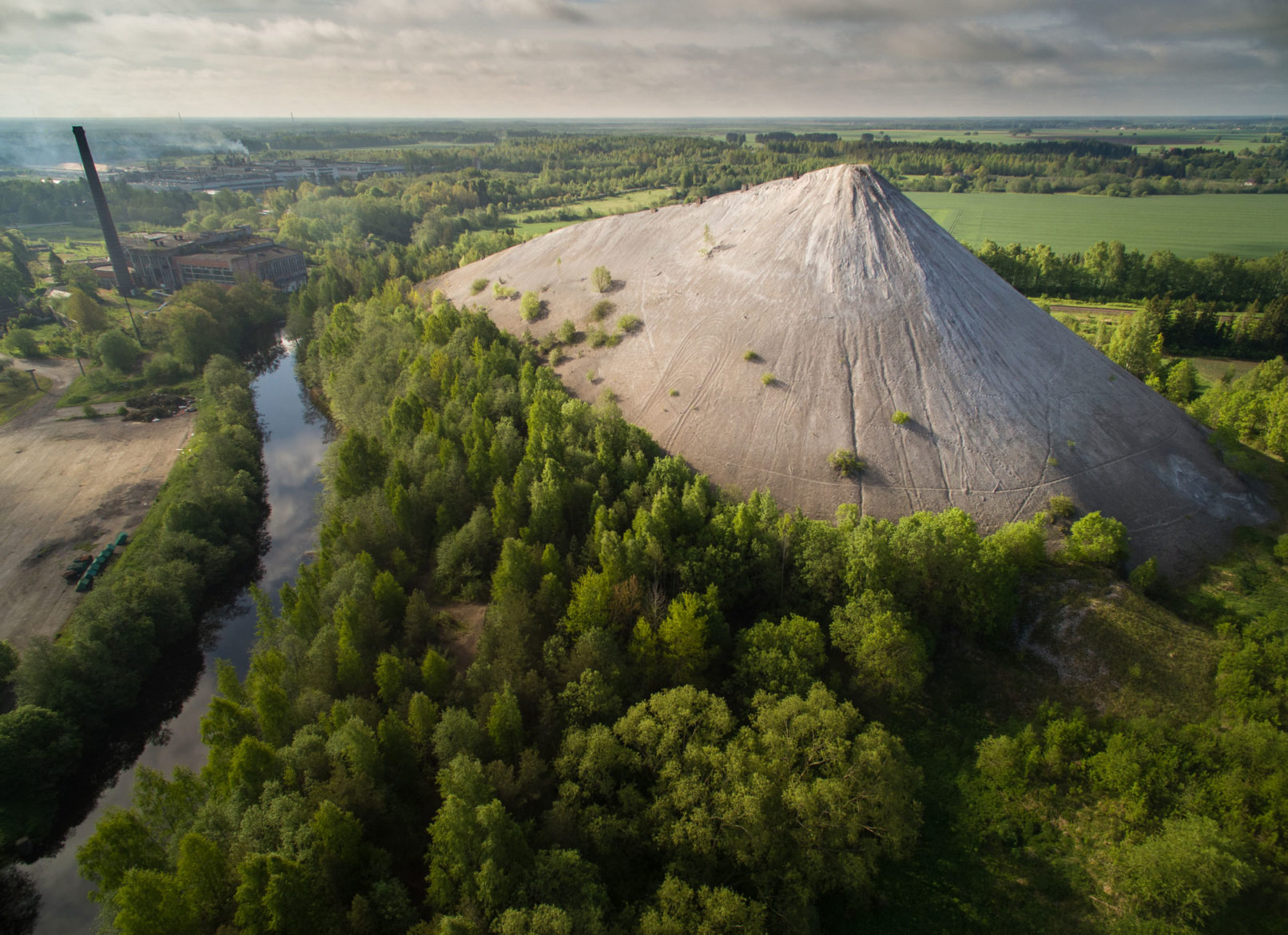 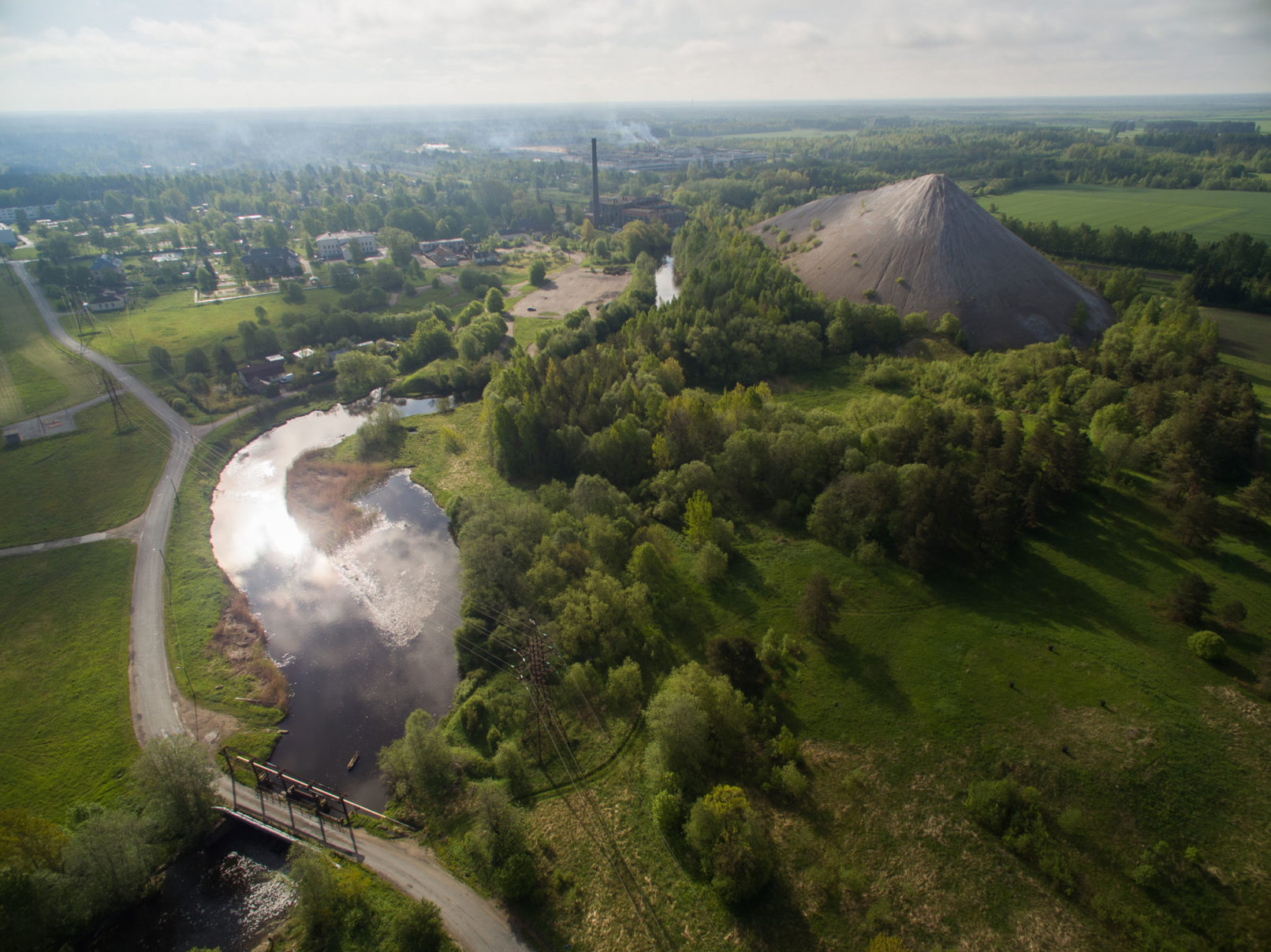